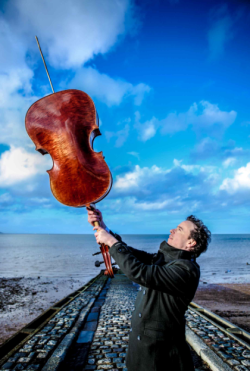 Matthew is internationally recognised as both a compelling classical artist and a fearless pioneer. His adventures in and through music and across disciplines are ‘unrivalled’ and ‘unprecedented’, balancing provenance and vision in a unique and potent way.

He studied cello with Boris Pergamenschikow in Cologne, voice with Ulla Blom in Stockholm and English at Trinity College, Cambridge. He was taken to Jacqueline du Pré when he was 12, Galina Vishnewskaya when he was 18 and studied chamber music with the Amadeus Quartet. He performs at major venues and festivals worldwide as solo cellist, baritone, actor and director.

In opera, he has performed principal roles for Opera North, ROH, Almeida Opera and Mahogany Opera Group, amongst many others.

In theatre, he has performed principal roles at the Young Vic and National Theatre Studio, collaborated with Kneehigh, Complicité and, most recently, with legendary illustrator and film-maker, Dave McKean.

He has recorded for Sony, EMI, Decca, Naxos, Somm, NMC, Avie and Whirlwind and appeared in recital as both cellist and singer at Wigmore Hall, SBC and Salle Gaveau.