AVIE Records operates a unique business model based on artist ownership, allowing artists a creative freedom not found at any other label. Run by a team of internationally well-known and respected executives who have decades of record industry experience, with support staff in the UK and US, Avie combines the flexibility of an independent with the prowess of a major.

Avie has been recognised as an innovator by international media and consumers alike. The label has been hailed as “adventurous” (The New York Times), “enterprising” (Gramophone), and “admirable” (The Sunday Times – London). According to leading online classical e-tailer ArkivMusic.com, Avie “has blazed trails in classical music as an artist-driven company allowing for the ultimate in creative control. In a relatively short time, Avie has put together an impressive catalog.”

Avie is noted for the strength and creativity of its marketing and promotion strategies, resulting in notable sales successes, including numerous international chart-topping releases. For our artists we have gained international visibility in the media and the marketplace, with a worldwide distribution network that embraces physical and digital formats.

WINNING AWARDS / CHARTING SUCCESS
Over the years, Gramophone Awards have gone to viol quartet Phantasm for its recording of Gibbons’ Consorts, Julian Bream for his absorbing DVD My Life in Music, Trevor Pinnock for his Brandenburg Concertos with the specially formed European Brandenburg Ensemble, Adrian Chandler and his ensemble La Serenissima, for Vivaldi: The French Connection and The Italian Job, and Andrew Parrott and the Taverner Consort for Western Wind: Mass by John Taverner & Court Music for Henry VIII. In 2016, Laura Karpman won a Grammy® Award for her creation ASK YOUR MAMA, and in 2019 tenor Karim Sulayman won the award for Best Classical Solo Vocal Album for his recording Songs of Orpheus with Jeannette Sorrell and Apollo’s Fire. Lorraine Hunt Lieberson, Monica Huggett, The Dufay Collective, Antonio Meneses, Augustin Hadelich, Joyce Yang, Nicholas Phan and Susan Narucki have all received Grammy® Nominations. The label has collected scores of other international citations, including France’s Diapason d’or de l’année for Simon Trpčeski’s Rachmaninov Piano Concertos Nos. 2 and 3, with Vasily Petrenko and the Royal Liverpool Philharmonic Orchestra. Avie has charted dozens of albums on the Billboard classical and UK specialist classical charts, including recordings by composers Anna Clyne and Jon Lord; violinists Augustin Hadelich, Frank Almond and Rachel Barton Pine (whose Testament: Complete Sonatas and Partitas for Solo Violin by J. S. Bach reached Number 1 on the Billboard Classical Chart); Monica Huggett and Ensemble Sonnerie; The Brook Street Band; tenor Nicholas Phan; vocal ensembles New York Polyphony and the Choir of Queen’s College, Cambridge; period-instrument orchestra Apollo’s Fire; conductor Kenneth Woods and the English Symphony Orchestra; La Serenissima whose Vivaldi x2 debuted at Number 1 on the UK Specialist Classical Chart; and tenor Karim Sulayman whose recording of Schubert Songs, Where Only Stars Can Hear Us, debuted at Number 1 on the Billboard Classical Chart.

QUALITY CONTROL
Quality is fundamental to Avie’s output, from the music to the performances and production values, through to the end product. 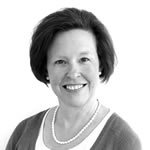 Melanne Mueller has spent virtually a lifetime involved in classical music, with experience encompassing performance, media, marketing and record production.  As an oboist, she has played with the New York Philharmonic and worked with such luminaries as Erich Leinsdorf and John Corigliano. She has created noteworthy media campaigns for such artists as Harry Bicket, Julian Bream, Van Cliburn, Leontyne Price and Michael Tilson Thomas. In the recording industry she has held senior positions at BMG and Universal. 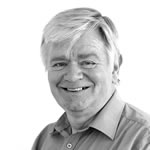 Simon Foster is one the industry’s most highly-regarded A&R executives. With over 40 years of continuous experience in the music industry, he has held senior positions at EMI and BMG, and was founding Managing Director of Virgin Classics. Notably, he signed Nigel Kennedy to EMI, and has created an artistic and award-winning legacy at Avie Records, including recordings by Lorraine Hunt Lieberson, Thomas Zehetmair and Trevor Pinnock. At the end of 2017, he retired from day-to-day service at AVIE, but continues in an advisory role. 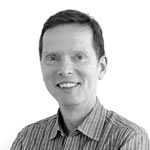 Steve Winn is an experienced classical music industry executive with a strong background in artist relations, marketing, sales and promotion. He has worked with such artists as Cecilia Bartoli, Renée Fleming, Luciano Pavarotti and Sir Georg Solti while at the helm of Decca Records in the US. 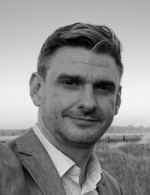 Lee Daniel Woollard is a seasoned music industry executive with a 30-year career encompassing product management, sales and marketing within UK and global markets. He has a strong track-record in creative and label management and developing cross-media marketing strategies. Drawing on a wealth of experience from key positions at Virgin Retail Europe, Warner Classics, Universal Classics & Jazz and EMI Classics, he has worked with some of the biggest names in classical music, including Sir Simon Rattle, Nigel Kennedy, Alison Balsom, Alfie Boe, Joyce DiDonato, Sir Antonio Pappano, Michael Nyman and Sir Karl Jenkins.