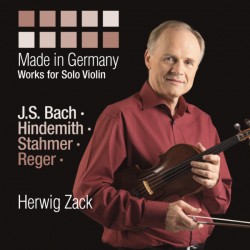 Herwig Zack’s thoughtfully programmed recordings for solo violin have earned him plaudits around the world. In his latest for AVIE, Made in Germany, he turns to his fellow-countrymen in repertoire that ranges from the Baroque to the present day. Any overview of German violin music must include J. S. Bach, as Zack’s previous two releases did, and also, one could argue, the turn-of-the-20th century titan Max Reger who clearly based his solo violin output on that of his 17th-century predecessor. Zack includes a world-premiere recording of a work dedicated to him by Klaus Heinrich Stahmer, but the crowning achievement of this recording is the Complete Works for Solo Violin by Hindemith, commemorating the 50th anniversary of the composer’s death. 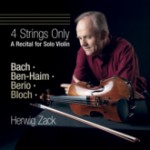 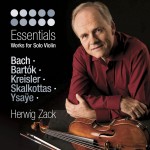