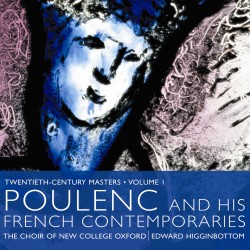 In 2006, Edward Higginbottom celebrated 30 years as Director of Music at New College Oxford. During his time there the New College Choir has achieved international recognition and produced over 70 recordings, many of them worldwide best sellers. This release is the first in a trio of CDs exploring 20th-century choral music, grouped thematically by country. The journey begins in France, where we find Poulenc exploring his religious side, not something often associated with the rebellious and often cheeky Parisian. But he did maintain a strong spiritual streak, remarking once that “he’s not as religious as he’d like to be.” His liturgical writing is deeply contemplative and affecting in its simplicity, yet now and again his witty side will emerge. He shares the disc with his contemporaries Messiaen – represented by his only motet O sacrum convivium – and Pierre Villette who had strong links with the English choral tradition. His ambitious six-part piece Attende Domine was dedicated to the choir of Worcester Cathedral. 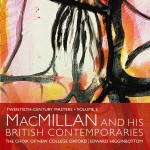 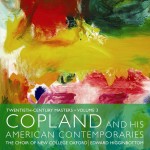