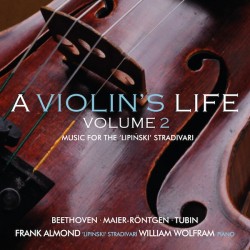 1715: the famed Italian luthier Antonio Stradivari constructs what will become one of his most legendary violins. Among its first owners is Giuseppe Tartini, he of the “Devil’s Trill” Sonata.

c1817: the violin is bequeathed to Polish virtuoso violinist Karol Lipiński who inspired many works for the instrument

2008: after passing through many countries and collections the “Lipiński” Strad arrives in the hands of Frank Almond, through an anonymous donor

2013: Frank Almond releases A Violin’s Life, an album that traces the provenance of the “Lipiński” Strad, with music by Schumann, Tartini, Julius Röntgen, and Lipiński himself

The “Lipiński” Strad lives on. 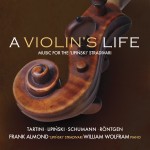