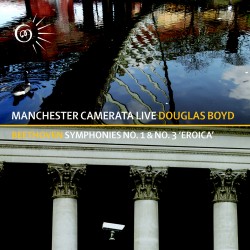 Manchester Camerata have made an indelible mark with their universally acclaimed series of recordings for Avie. With this release, their fifth for the label, they continue their Beethoven cycle with live versions of the First and Third Symphonies that capture the spirit and freshness of these remarkable, genre-busting works, as well as the excitement, atmosphere and energy of the 33-piece orchestra under their Music Director Douglas Boyd.

Manchester Camerata have become one of the finest, most innovative chamber orchestras in the UK, and Douglas Boyd has proven to be an eminent Beethovenian. Conducting the composer’s Fidelio at the 2009 Garsington Opera Festival, The Times noted “his grasp of Beethovenian idiom” and “pungent underlining of orchestral detail”, praising the musical performance as “sublime and exultant”. In addition to residencies at The Bridgewater Hall and The Royal Northern College of Music, Manchester Camerata perform extensively throughout the UK, including regular appearance at the BBC Proms at the Royal Albert Hall.

In a market admittedly crowded with Beethoven Symphonies, there is always room for a new recording as skilful and spirited as this one. 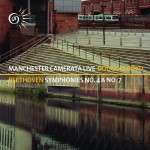