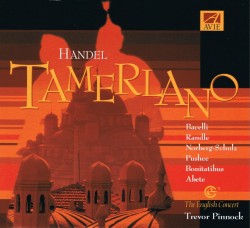 “What a strange, wondrous work this is! Trevor Pinnock leads his English Concert expertly; his pacing of arias and recitatives is nothing if not both natural and dramatically apt.” – Classics Today

Trevor Pinnock is recognised as a leading personality in the direction of period-instrument performance. He formed The English Concert in 1973 and has since set new standards in the field of period performance with his lively and stylish interpretations. This recording of Tamerlano, the first in many years, is based on the critically acclaimed Jonathan Miller production which was presented in 2001 at the Halle Handel Festival, the Théâtre des Champs Élysées in Paris, and at Sadler’s Wells Theatre as part of the City of London Festival. The performance was broadcast worldwide by the BBC.

Bach: Six Concertos for the Margrave of Brandenburg 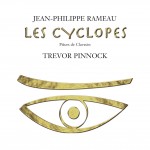