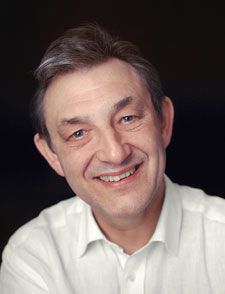 Trevor Pinnock is known worldwide as harpsichordist, conductor and chamber musician. A pioneer in the performance of baroque and classical music on period instruments, he founded The English Concert in 1972 directing it until 2003 when he passed on this role to the violinist Andrew Manze.

Pinnock’s recent work has excited a great deal of interest. As harpsichordist he has appeared in Europe, Russia and the Far East. New recordings include Rameau Pièces de Clavecin on the spectacular Goermans/Taskin in the University of Edinburgh’s Raymond Russell Collection and, with Jonathan Manson, the Sonatas for viola da gamba and obbligato harpsichord by J.S. Bach.

As a conductor Pinnock’s performances of Handel’s Rinaldo with Opera Australia in Summer 2005 won the highest accolades of critics and public. Other recent performances included a return to the Freiburg Baroque Orchestra and Salzburg Camerata to lead them in tours of contrasted repertoire and to the Deutsche Kammerphilharmonie Bremen for a televised concert with Renée Fleming. Symphonic concerts included appearances with the Deutsche Sinfonie Orchester Berlin, and Amsterdam Concertgebouw Orchestras.

Pinnock celebrated Mozart’s birthday in 2006 with the Leipzig Gewandhaus Orchestra and pianist Maria João Pires. Mozart also featured in a programme with Abbado’s newly founded Orchestra Mozart Bologna and in concerts at the Salzburg and Feldkirch festivals.

Further projects with period instruments include Purcell’s Dido and Aeneas at the Handel Festival Halle and a Haydn/Handel programme at the Haydn Festival Eisenstadt. During the 2006/2007 season Pinnock marks his 60th birthday with tours and recording of Bach’s Brandenburg Concertos. For this project he has formed the European Brandenburg Ensemble with musicians from England, Italy and Germany.

In new educational initiatives Pinnock will coach and lead public concerts with students from the Royal Academy of Music, London and Juilliard School, New York.

Trevor Pinnock received a CBE in the Queen’s Birthday Honours in 1992.