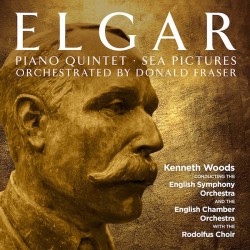 One “of the most exciting events I have experienced during a reviewing career approaching half a century,” was the verdict of the Birmingham Post’s critic after hearing the premiere performance of Elgar’s Piano Quintet in a new orchestration by Donald Fraser, with Kenneth Woods conducting the English Symphony Orchestra. This version, which was also named a “Premiere of the Year” by Classical Music Magazine, appears in a studio recording alongside Fraser’s choral arrangement of Elgar’s Sea Pictures with Woods conducting the English Chamber Orchestra and the Rodolfus Choir. Fraser has frequently orchestrated works by Elgar at the behest of individuals and organizations including Yehudi Menuhin and the Elgar Society. These two new arrangements will appeal to orchestras and choirs worldwide, and the recording will spread Elgar’s music to yet a wider audience. 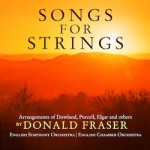 Songs for Strings: Arrangements of Dowland, Purcell, Elgar and others by Donald Fraser 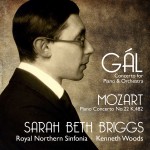