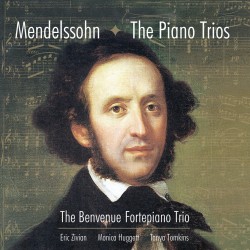 The 200th anniversary of Felix Mendelssohn’s birth in 2009 raised the popularity of his music to new heights. This new recording of his beloved Piano Trios is a rarity, performed on period instruments. The Benvenue Fortepiano Trio is lead by the enterprising violinist Monica Huggett, whose numerous recordings for Avie have consistently resulted in critical acclaim and awards. Monica brings a special touch to every recording she makes, whether as a leader, soloist or collaborator. Her partners here are two of America’s foremost period instrument practitioners, cellist Tanya Tomkins (making her second appearance on Avie) and Eric Zivian playing on an 1841 Viennese fortepiano which lends a unique crystalline sound to these early romantic masterpieces. 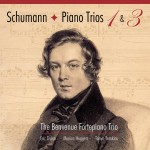