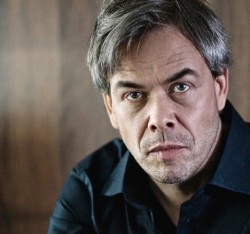 In addition to conducting the leading Finnish orchestras, Maestro Lintu has made guest appearances with the radio orchestras of Berlin, Paris, Frankfurt, Stuttgart, Amsterdam and Madrid, with a number of orchestras in North and South America (such as the Toronto, Houston, Baltimore, Cincinnati, Pittsburgh and Saint Louis Symphony Orchestras, and the Los Angeles Philharmonic at the Hollywood Bowl), in Asia (Tokyo and Kuala Lumpur) and Australia (the Sydney and Melbourne Symphony Orchestras among others).

He has further been tutored by, among others, Myung-whun Chung at the Music Academy Siena. He won the Nordic Conducting Competition in Bergen in 1994.