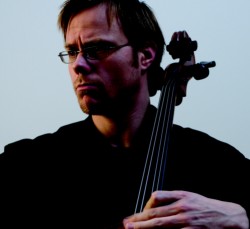 Norwegian cellist, Jonathan Aasgaard, studied cello with the late prof. Leonard Stehn at the Guildhall School of Music and Drama, winning all the cello and chamber music prizes and becoming a gold medal finalist. In 1999 he was appointed principal cello of the Royal Liverpool Philharmonic and has since performed more than 25 works for cello and orchestra with the Orchestra. He is also principal cellist of the John Wilson Orchestra and is regularly invited as a guest principal with several leading British and European orchestras. Chamber music performances have taken him around Europe, the Middle East, Japan, South Korea and the USA including a range of leading festivals. His recordings include the album ‘From Jewish Life’ with the RLPO and Gerard Schwarz (AVIE) which includes works by Bloch and Bruch, a disc of transcriptions for cello and piano (MSRclassics), and two albums of music by Carl Davis for cello and orchestra with the Philharmonia (Carl Davis Collection.) His repertoire comprises many contemporary concertos from Henze and Lutoslawski to Tan Dun and Jon Lord. He has given numerous premieres, including the world premiere of Carl Davis’ Ballade for cello and orchestra and the US premiere of concertos by Franz Neruda and Emil Hartmann in New York. Jonathan plays a cello by Celeste Farotti made in 1926 in Milan.