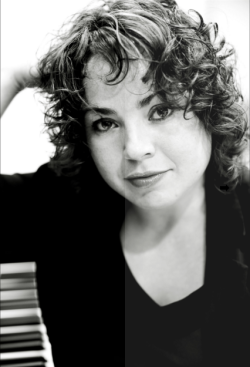 Katya Apekisheva is widely recognised as one of the leading pianists in Europe. Born into a family of musicians, she studied at the Gnessin School in Moscow, The Rubin Academy in Jerusalem and the Royal College of Music in London.

Katya was a prizewinner in several major competitions, including the 1998 Scottish International and 1996 Leeds International Piano competitions where she performed Rachmaninov’s Second Piano Concerto with the CBSO under Sir Simon Rattle.

Her solo CDs include works by Grieg – a Gramophone Editor’s Choice and Classic FM CD of the Week in 2005 – and Mussorgsky’s Pictures at an Exhibition coupled with the Shostakovich Preludes.

    Katya Apekisheva is a Professor of Piano at The Guildhall School in London.