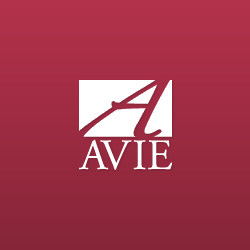 Sonnerie is one of the foremost and most respected period instrument ensembles in the world. Founded by Monica Huggett in 1982 and based in London, the group has been acclaimed for its performances from Sydney to Paris, and from Helsinki to Vancouver, as well as its numerous concerts at London\’s prestigious Wigmore Hall. Sonnerie\’s core group consists of four musicians: Monica Huggett, violin, Emilia Benjamin, violin, viola da gamba and viola, Joseph Crouch, cello and viola da gamba, and Matthew Halls on the keyboards. These four form the basis of the larger chamber ensemble while also functioning as a flexible smaller unit, performing trio sonatas, quartets and the like.

The group has recorded for Virgin Classics, ASV, Harmonia Mundi USA, Teldec, and CPO with a disc of Vivaldi\’s Trio Sonatas Op. 1. They marked a step into later repertoire with a recording of the Mozart Piano Quartets for ASV. Their most recent releases include a disc of the Biber 1681 Violin Sonatas, together with Nisi Dominus, with Thomas Guthrie, that won a Gramophone Award in 2002; Handel Trio Sonatas, The World\’s First Piano Concertos with David Owen Norris, and Handel Organ Concertos featuring Matthew Halls, all for Avie.

Notable past engagements include Boston Early Music Festival, Gulbenkian Early Music Days in Lisbon, Vantaa Baroque week in Finland, Kothen Bachfest in Germany, Early Music festivals in Glasgow, Aldeburgh, and Birmingham, a visit to St. Petersburg and tours of the US and Canada.

Recent engagements include the Halle Handel Festival, the Ansbach Festival, the Nordic Baroque Festival in Sweden and the Spitalfields Festival in London. Sonnerie have also performed at the Tudeley Festival, the Snape Proms, the Theatre Royal Bath, in Oxford, and at the Wigmore Hall and St John\’s Smith Square.