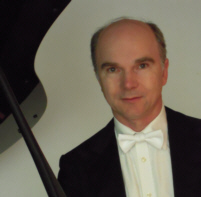 He has been awarded several prizes at national and international competitions. Since his debut at age 16, Bernd Zack has been acclaimed both as a soloist and as a chamber musician in concert halls across Europe and overseas. Numerous recordings—broadcast and CD—demonstrate the outstanding qualities of this versatile artist. The “Bläservereinigung der Berliner Philharmoniker” (Chamber Ensemble of the Berlin Philharmonic wind players), the Cuarteto Latinoamericano, violinists Christian Tetzlaff and Saschko Gawriloff and other internationally renowned artists are among his chamber music partners.

He has held Master Classes in Europe, Chile, Japan and Taiwan and has been a jury member of prestigious competitions.

His students have appeared in concerts in important halls such as the “Alte Oper” in Frankfurt/Main, the “Musikhalle” in Hamburg and the Tokyo Bunka Kaikan. Several of his students are already teaching at renowned schools of music.