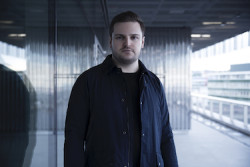 Described as a ‘sensitive pianist’ (The Arts Desk) and also praised for his ‘responsive’ chamber music (Gramophone), Alexander Panfilov is one of the rare artists of his generation combining an extensive solo performance career with a passion for all forms of music-making.

He was recently name the winner of the Top of the World International Piano Competition in Tromsø, Norway, having already scored top prizes in other prestigious contests, such as in Monza, Jaén, Manchester and Hastings, to name a few.

He has performed in many venues around the globe, most significantly Carnegie Hall NY, Wigmore Hall and St. Martin-in-the-Fields in London, the Musikverein in Vienna, Tonhalle in Zurich, Athenaeum in Bucharest, the Philharmonias of Moscow and St. Petersburg.

As soloist he has played with top orchestras, including London’s Royal Philharmonic Orchestra, the Royal Liverpool Philharmonic Orchestra, La Verdi Orchestra of Milan, the City of Granada Orchestra, Musikkollegium Winterthus, the Artic Philharmonic, the Manchester Camerata, and worked with renowned conductors, among them Vassily Sinaiski, Brian Wright, Theodore Guschlbauer, Gergely Madaras, Paul Mann, Carlo Tenan and Vasily Petrenko. Alexander is a frequent guest at prestigious festivals such as the Interlaken Festival, the Menuhin and New Year Festivals in Gstaad, Oxford Lieder Festival, Ribble Valley Piano Week and Brighton Festival. He has been broadcast on BBC Radio 3, Radio SRF, Classic FM, Radio Nacional de España, and Romanian National Television, as well as on the digital platform Medici.tv. He recorded his solo debut for Naxos and has now released several chamber music CDs.

Alexander was born in Moscow and started playing piano aged six, first at the Gnessin Music School and later at the Tchaikovsky Conservatory with Andrei Diev. He continued his studies with Graham Scott under a full scholarship at Manchester’s Royal Northern College of Music, and at the University of Music and the Performing Arts, Vienna with Jan Jiracek von Arnim.

Alexander is an Honorary Associate Artist of the Royal Northern College of Music and a Yeoman of London’s livery company of musicians.