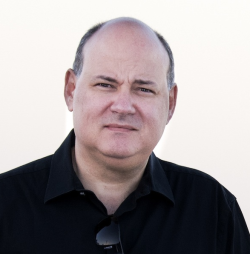 Claudio Cruz is music director of the Ribeirão Preto Symphony Orchestra (São Paulo). He studied violin with his father, the luthier João Cruz, and later with Erich Lehninger. As the first violin and founder of the Amazonia String Quartet, he received a Grammy Award in 2002 for an album of Astor Piazzolla music. He has been concertmaster of the Symphony Orchestra of the State of São Paulo for the past 22 years. He has played chamber music with artists including Shlomo Mintz, Dmitry Sitkovetsky, Nelson Freire, Antonio Meneses, Michel Dalberto and Ingrid Haebler.

In his career as a conductor, he has been music director of the Villa-Lobos Chamber Orchestra and of the Campinas Symphony Orchestra. He has conducted the principal symphony orchestras of São Paulo, Brasilia, Rio de Janeiro and Curitiba. He made a successful US debut as conductor of the Orchestra of the Americas in Florida. His discography includes Violin Music in Brazil (Dynamic) and three recordings with the Villa-Lobos Chamber Orchestra (Warner Classics). He began serving as artistic director of the Curitiba Classical Music Workshop in 2015.