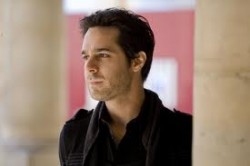 Born in the city of São Paulo, Brazil, Felipe Scagliusi began his studies with Professor Márcio Petroni and later with Paulo Gori (winner of the prestigious Queen Elizabeth Competition) with whom he continued to work for eight years. In 1996 Scagliusi received the Degree in Conducting at the School of Communications and Arts at São Paulo University (USP). His professors were Aylton Escobar (conducting) and Gilberto Tinetti (piano).

He has frequently given concerts throughout East and West of Europe, Brazil and United States, where, in September of 2005, he made his debut at Carnegie Hall‘s Weill Recital Hall.

In Brazil, concerts in his native city of São Paulo have included such prestigious venues as Teatro Cultura Artística, Teatro Cláudio Santoro, Teatro Municipal, Fundação Maria Luiza e Oscar Americano, Espaço Promon and Teatro do SESI. He toured in 2006 and 2007 throughout the State of São Paulo.

Felipe Scagliusi has been based in Paris since 2007, where he has worked with professors Edson Elias and France Clidat at the Ecole Normale de Musique de Paris – Alfred Cortot. He is one of the most active Brazilian pianists of his generation.

In March 2010, his first solo CD, featuring the music of Robert Schumann, was released in more than 52 countries by the English label “Avie Records”. This release has been followed by a large tour of concerts in prestigious theatres through Latin America, including Paraguay, Argentina and Chile.

In November 2011 Felipe Scagliusi gave a very remarquable recital for the re opening of the Teatro Municipal of São Paulo celebrating the century of this theatre.

This was also the first edition of a series of concerts Felipe initialized around pieces of Brazilian contemporary composers, which took place in São Paulo.