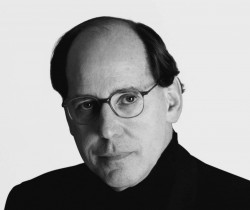 Kaplan led the Philharmonia Orchestra and the Chorus of the Vienna State Opera in an opening concert of the Salzburg Festival, which Time magazine reported was a “triumph that shook the Grosses Festspielhaus to its granite foundations.”

A leading authority on Mahler, Kaplan was joint editor (together with Renate Start-Voit) of the New Critical Edition of Mahler’s Second Symphony. He was also the author and editor of the award-winning illustrated biography The Mahler Album. On radio, he served as the host of a 13-week Mahler series broadcast on 350 radio stations in the United States and host of “Mad About Music”, a celebrity classical music and interview program.

A faculty member of the Juilliard School (Evening Division) for more than a decade, Kaplan also lectured at leading conservatories and universities including Harvard and Oxford. Kaplan was the recipient of many honors, including an honorary Doctorate from Westminster Choir College of Princeton, New Jersey, and the George Eastman Medal for Distinguished Musical Achievement from the Eastman School of Music in Rochester, New York.