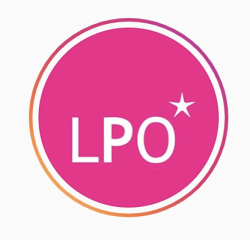 One of the finest orchestras on the international stage, the London Philharmonic Orchestra was founded in 1932 by Sir Thomas Beecham. Since then, its Principal Conductors have included Sir Adrian Boult, Bernard Haitink, Sir Georg Solti, Klaus Tennstedt and Kurt Masur. In 2017 Vladimir Jurowski celebrated his tenth anniversary as the Orchestra’s Principal Conductor. Edward Gardner will take up the position when Jurowski’s tenure concludes in September 2021.

The London Philharmonic Orchestra has performed at Southbank Centre’s Royal Festival Hall since it opened in 1951, becoming Resident Orchestra in 1992. It also has flourishing residencies in Brighton, Eastbourne and Saffron Walden, and performs regularly around the UK. Each summer it plays for Glyndebourne Festival Opera, where it has been Resident Symphony Orchestra for over 50 years. The Orchestra also tours internationally, performing to sell-out audiences worldwide.

In summer 2012 the London Philharmonic Orchestra performed as part of The Queen’s Diamond Jubilee Pageant on the River Thames, and was also chosen to record all the world’s national anthems for the London 2012 Olympics.

The Orchestra broadcasts regularly on television and radio, and has recorded soundtracks for numerous blockbuster films including The Lord of the Rings trilogy. It has made many distinguished recordings over the last eight decades and in 2005 began releasing live, studio and archive recordings on its own CD label.