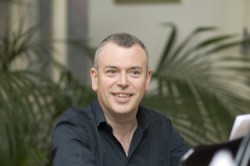 Malcolm Martineau was born in Edinburgh, read Music at St Catharine’s College, Cambridge and studied at the Royal College of Music. He has presented his own series at St John’s Smith Square (the complete songs of Debussy and Poulenc), the Wigmore Hall (a Britten series broadcast by the BBC) and at the Edinburgh Festival (the complete lieder of Hugo Wolf).