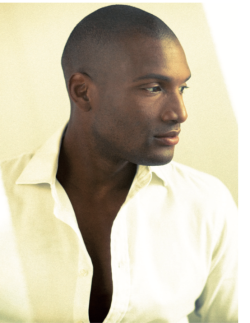 Tenor Noah Stewart is a frequent guest artist with major opera companies and in concert halls around the world. His musical development started in Harlem, where he studied classical music at The Harlem School of the Arts. When he was 12 years old, his choir teacher encouraged him to pursue a musical career. He began doing voice-overs for Sesame Street and television specials, and won first place in the New England Music Competition in Boston. He went on to study at The Juilliard School in New York.