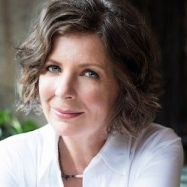 For over three decades, American soprano Susan Narucki has forged a unique path; her dedication to the music of our time has led to award-winning recordings, critically acclaimed performances with musicians of the first rank and close collaborations with generations of composers. Since joining the faculty at the UC San Diego in 2008, she has been engaged in commissioning, producing and performing chamber operas that illuminate critical issues in society. Her projects have earned major philanthropic support from the MAP Fund, Creative Capital Foundation, New Music USA and multiple awards from the National Endowment for the Arts. Recent projects include Inheritance (2018), by Grawemeyer Award-winning composer Lei Liang, that deals with gun violence in America, and Cuatro Corridos (2013), the critically acclaimed chamber opera that addresses trafficking of women across the US-Mexico border. With a libretto by internationally renowned Mexican author Jorge Volpi, Cuatro Corridos had multiple broadcasts on Canal 22, Mexico’s art and culture television network; the recording of Cuatro Corridos (on Bridge Records) earned a 2017 Latin Grammy Nomination and was Critics’ Choice of both Opera News and Gramophone.

The soprano’s extensive discography includes music by Andriessen, Vivier, Crumb, Carter, Primosch and Davidovsky as well as The Light That Is Felt: Songs of Charles Ives with pianist Donald Berman (New World). Her recordings can also be found on Nonesuch, Angel/EMI, Sony Classical, Philips, Chandos, Naxos, Koch and Innova, among others. In November 2019, Ms. Narucki was nominated for a Grammy for Best Classical Vocal Recording for The Edge of Silence: Works for Voice by György Kurtág (AVIE Records). The recording was included in the New York Times Best Classical Tracks 2019 and named Critics’ Choice by Opera News.

A dedicated mentor to the next generation of singers, Ms. Narucki’s recent residencies include the Shanghai Conservatory of Music, the Aichi University of the Arts, the Longy School of Music and the Oberlin Conservatory. At UC San Diego she directs the vocal ensemble kallisti and serves as Distinguished Professor of Music.