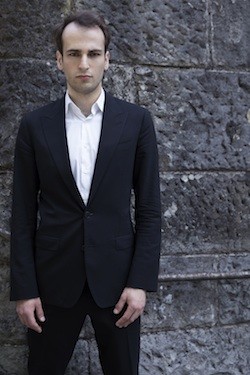 His debut album with Oxana Shevchenko was released in May 2015 on Quartz Classics.

Croisé began playing the cello at the age of seven under the tutelage of Katharina Kühne.  Since 2007, he has been studying with Alexander Neustroev and, as of 2013, with Wolfgang Emanuel Schmidt at the Berlin University of Arts. He has additionally benefited from major artistic advice from Steven Isserlis, Michael Sanderling, David Geringas, Walter Grimmer and Frans Helmerson.

Christoph Croisé plays on a Goffriller cello made in Venice in 1712.