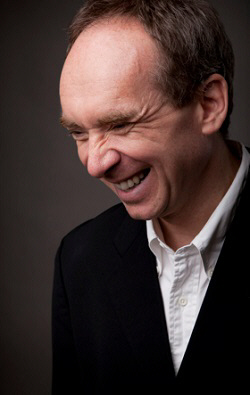 James Gilchrist began his working life as a doctor, turning to a full-time music career in 1996.

A keen recitalist, appearances include the Brighton Festival with harpist Alison Nicholls and at the Wigmore Hall with the pianist Anna Tilbrook, with whom he has recorded a CD of Finzi songs for Linn Records.

Operatic performances include Quint in Turn of the Screw, Ferrando in Cosi Fan Tutti, Scaramuccio in Strauss\’ Ariadne Auf Naxos, Vaughan Williams\’ Sir John in Love at the Barbican for Radio 3 and Evandre in Alceste at La Monnaie in Brussels.