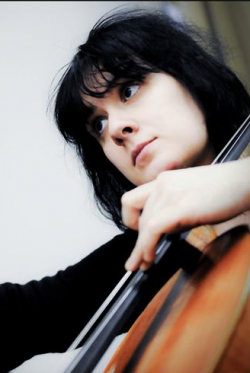 Born in Bucharest in 1980, Laura Buruiana started playing the modern cello at the age of ten and the viola da gamba and baroque cello in 2008.

Her career took off after winning the first prize at the prestigious Young Concert Artists Auditions in New York in 2003. The press described her as «a bonafide virtuoso, drawing a wealth of color, drama, and flowing line from her instrument» (New York Times).

Laura has already released on CD for Naxos, Coviello Classics and Zig-Zag Territories.

She plays a Caussin cello built in 1850.