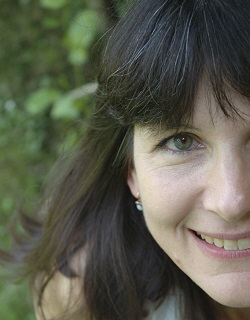 An Oregon native, Marcia Hadjimarkos received degrees in piano performance and French literature from the University of Iowa. She has been devoted to the fortepiano and clavichord since the 1980s, and studied with Jos van Immerseel at the Paris Conservatoire National Supérieur de Musique in 1993-94. Her career as an early keyboard specialist takes her to venues across Europe (Festival International de la Roque d’Anthéron, Folle Journée de Nantes, Rencontres Harmoniques de Lausanne, the Prague Mozart Museum) where she performs on a variety of instruments ranging from Cristofori’s prototype to the French romantic piano.

In 1995 she presented the highly-acclaimed French premiere of the complete Haydn keyboard sonatas in a series of eight recitals. Her recording of Haydn sonatas on the clavichord (Zig-Zag Territoires) was awarded a Diapason d’Or in 1999 and received highest praise from the international press; her second CD, C.P.E. Bach’s Character Pieces (Zig-Zag Territoires, 2002) was the recipient of unanimous critical acclaim. Marcia Hadjimarkos also appears as a chamber musician, and particularly enjoys the four-hand keyboard repertoire, lieder, operetta, and various combinations of texts and music.