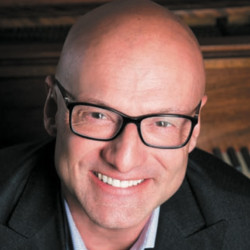 A native of Saskatchewan, Canada, Koenig is a graduate of the Curtis Institute of Music in Philadelphia. He was formerly Professor of Piano and Chamber Music at the University of Kansas in Lawrence. Since 2007, Koenig has been Professor and Head of Collaborative Piano at the University of California Santa Barbara, where he also serves as the Chair of the Music Department. His summers are spent at the Interlochen Summer Arts Camp where he is Coordinator of Collaborative Piano.