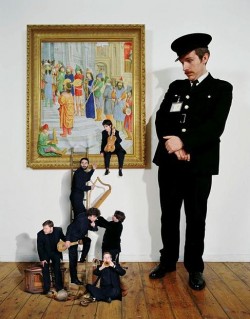 The Dufay Collective was formed in 1987 to explore the rich and varied repertoire of the Middle Ages and Renaissance. During this time the group has performed at major festivals and toured throughout the world, receiving critical acclaim from Cairo to Carlisle. The group has made a series of highly successful recordings of a wide-ranging repertoire of instrumental and vocal music from the Middle Ages and Renaissance, including the Grammy-nominated Cancionero. Their recordings have all met with critical acclaim, but never resting on their collective laurels the group, now directed by William Lyons, strive to create entertaining and informative performances and recordings. They can also be heard on the soundtracks to several feature films including Hamlet, Harry Potter 3 and Shrek 3.