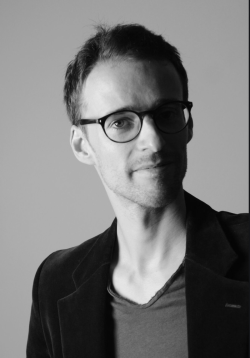 Born in Lyon (France), Yann Dubost began studying music with the violin, then the double bass. He studied with Philippe Guingouain and Bernard Cazauran, graduated from the Conservatoire National Supérieur de Musique de Lyon,
and joined the Orchestre de Paris in 2002, at the age of 19. He worked for three summers with Seiji Ozawa at his International Music Academy (Switzerland) and won First Prizes in the Wattrelos Competition (France), Haverhill Soloist Competition (England) and International Society of Bassists Solo Competition (USA). In 2011 he was appointed principal double bass in the Orchestre Philharmonique de Radio France under M.W. Chung. As a guest principal Yann has played in the London Symphony Orchestra, Orchestre de Chambre de Paris, Opéra National de Lyon and Les Dissonances, among other groups. He is a sought after soloist and chamber musician, with regular partners including Bertrand Chamayou, Christoph Eschenbach, Adam Laloum, Renaud Capuçon, Augustin Dumay, Christophe Coin and the Ardeo, Diotima, Fine Arts, Modigliani and Thymos quartets. He has frequently played on period instruments with the Ensemble Pygmalion and the Cercle de l’Harmonie and is a founder of the trio ‘Les Tromano’ for violin, accordion and bass. Fond of contemporary music, he has been a member of the Ensemble Itinéraire since 2002 and has worked with such composers such as Ondrˇej Adámek, Franck Bedrossian, Henri Dutilleux, György Kurtág and Michaël Lévinas. Yann Dubost teaches at the Conservatoire de Paris (CRR and PSPBB). He plays a 1733 Giuseppe Zanotti double bass.