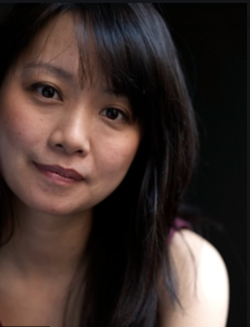 As a guest soloist and collaborator, she performs frequently with groups such as the Sebastians, The Knights, and The Raritan Chamber Players. Her debut album of Mendelssohn violin sonatas on period instruments (Olde Focus) with Abby Karr garnered critical praise, as did a recording of the Brahms cello sonatas and pianos pieces op. 76 (Deux-Elles), on an original Stretcher piano, with Kate Bennett Wadsworth. Her album of 18th-century fortepiano-harpsichord duos with Rebecca Cypess, “Sisters, Face-to-Face: The Bach Legacy in Women’s Hands (ACIS),” won the 2018 AMS Noah Greenberg Award for contributions to historical performance.

Ms. Yang holds a doctorate in piano from the Juilliard School, and studied there with Robert McDonald, Julian Martin, and Veda Kaplinsky. She studied fortepiano with Audrey Axinn, and with Stanley Hoogland at the Amsterdam Conservatory. She has received grants from The Mustard Seed Foundation’s Harvey Fellowship, and The Dutch Ministry of Culture’s Huygens Award. Ms. Yang is on the faculty at The Juilliard School, where she teaches fortepiano, chamber music, and piano. She is also on the fortepiano faculty at The Mannes School of Music and is a director of The Academy for Fortepiano Performance in Hunter, NY.