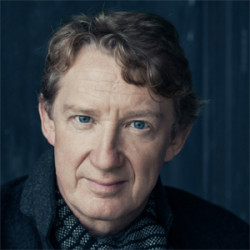 He was born in Glasgow and studied with Janet Craxton at the Royal Academy of Music in London, and with Maurice Bourgue in Paris. A founding member and Principal Oboist of the Chamber Orchestra of Europe until 2002, he now conducts them on a regular basis.

In 2000 Douglas Boyd made his North American conducting debut with the Gardner Chamber Orchestra and in 2002 made his début with the St Paul Chamber Orchestra in Minnesota becoming an Artistic Partner in 2004 a position he recently relinquished. In May 2008 they undertook a series of concerts at Zankel Hall, New York. He returned to St Paul as a guest during 2011.

Douglas Boyd Die Zauberflöte for Glyndebourne Opera on Tour in 2008 and then in 2009 he conducted Fidelio for Garsington Opera and Salieri’s La Grotto di Tronfonio for Zurich Opera. He returned to Garsington in 2010 for Le nozze di Figaro and again in 2012 for Don Giovanni. In the 12/13 season he will make his debut with Opera North conducting Mozart’s La Clemenza di Tito. He will return to Garsington in 2014 for a revival of Fidelio.

Douglas Boyd is committed to working with students and has conducted the orchestras of the Royal College of Music, Royal Northern College of Music, Guildhall School of Music, Oxford and Cambridge Universities and the National Youth Orchestra of Norway.
Douglas Boyd’s recording of the Bach Concerti for DG marked his recording debut as director/soloist and he has since gone on to build an extensive discography. His recordings as a conductor with Manchester Camerata of the complete Beethoven Symphonies and Mahler Symphony No 4 (on Avie) and Das Lied von der Erde have received universal critical acclaim. He has recorded Schubert Symphonies with the St Paul Chamber Orchestra on their own label.